Ellpeck
/
Coroutine
mirror of https://github.com/Ellpeck/Coroutine
Fork 0
Code Issues Projects Releases Wiki Activity
A simple implementation of Unity's Coroutines to be used for any C# project
coroutinescsharp-librarynetcorenetframeworkunity-coroutines
You can not select more than 25 topics Topics must start with a letter or number, can include dashes ('-') and can be up to 35 characters long.
85 Commits
1 Branch
0 Tags
230 KiB
C# 100%
main
Branches Tags
${ item.name }
Create tag ${ searchTerm }
Create branch ${ searchTerm }
from 'main'
${ noResults }
Go to file 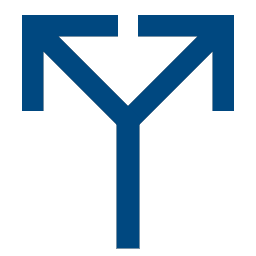 Coroutine adds the ability to run coroutines. Coroutines are methods that run in parallel to the rest of the application through the use of an Enumerator. This allows for the coroutine to pause execution using the yield return statement.

There are two predefined ways to pause a coroutine:

The CoroutineHandler is the place where coroutines get executed. For this to occur, the Tick method needs to be called continuously. The Tick method takes a single parameter which represents the amount of time since the last time it was called. It can either be called in your application's existing update loop or as follows.

To create a coroutine, simply create a method with the return type IEnumerator<Wait>. Then, you can use yield return to cause the coroutine to wait at any point:

To use an event, an Event instance first needs to be created. When not overriding any equality operators, only a single instance of each event should be used.

Waiting for an event in a coroutine works as follows:

Of course, having time-based waits and event-based waits in the same coroutine is also supported.

To actually cause the event to be raised, causing all currently waiting coroutines to be continued, simply call RaiseEvent:

For additional examples, take a look at the Example class.